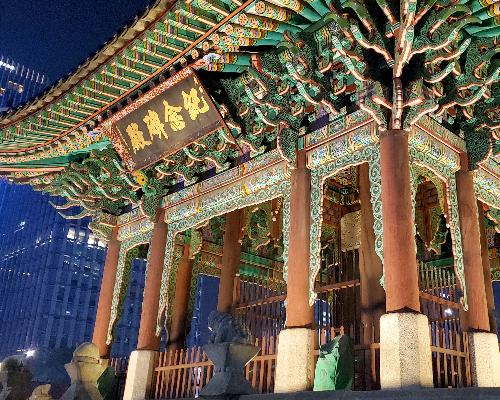 What better way is there to learn about the world and yourself than to live abroad?

I’ll be honest. I chose to study abroad in a late, spur-of-the-moment decision with a friend at 2am. The following 2 months were way more stressful than they should have been, so as a reminder to all, APPLY EARLY! But even if you do decide late in the game like I did, the Study Abroad Office is incredibly flexible and helpful. So despite how impromptu my trip was, it was still one of the best decisions of my life. I just didn’t figure that out until I spent my first week in South Korea.

When I first landed, I knew barely a thing about Korean culture. All I really knew were worrying stories about international trips: possessions were stolen, travel plans were messed up, language barriers were too difficult, people were overwhelmed, etc. I was told to be careful and to look out for myself and to remember all these resources to use when inevitably something goes wrong. For several days, I had a great time in Seoul, but all of it was tinged with a little bit of fear. I was constantly bracing myself for when it would all become too much, and I wouldn’t be able to handle it. And then, as I spent my first weekend there, really exploring the city with new friends from across the globe (including UTD students who I had never seen before), I eventually realized, “Oh, maybe this doesn’t have to be scary. Maybe I can handle this.”

Now don’t get me wrong. It is very important that you be careful, safe, knowledgeable, and prepared, especially going alone to new places and new countries. But the old adage stands: “Hope for the best, plan for the worst.”

I was so caught up in expecting the worst and preparing for the worst that I was letting it hold me back. When I finally let go a bit, I had the easiest, most incredible time in South Korea. I learned so much about other cultures from my new friends and teachers. I reveled in the ease of public transportation that could take me anywhere at anytime. I ate absolutely delicious food. I shopped maybe a little too much. And most importantly, I had so much fun.

So, to anyone reading this that hasn’t gone abroad yet: It’s never too late, it is just as amazing as everyone makes it out to be, be safe, and enjoy yourself!